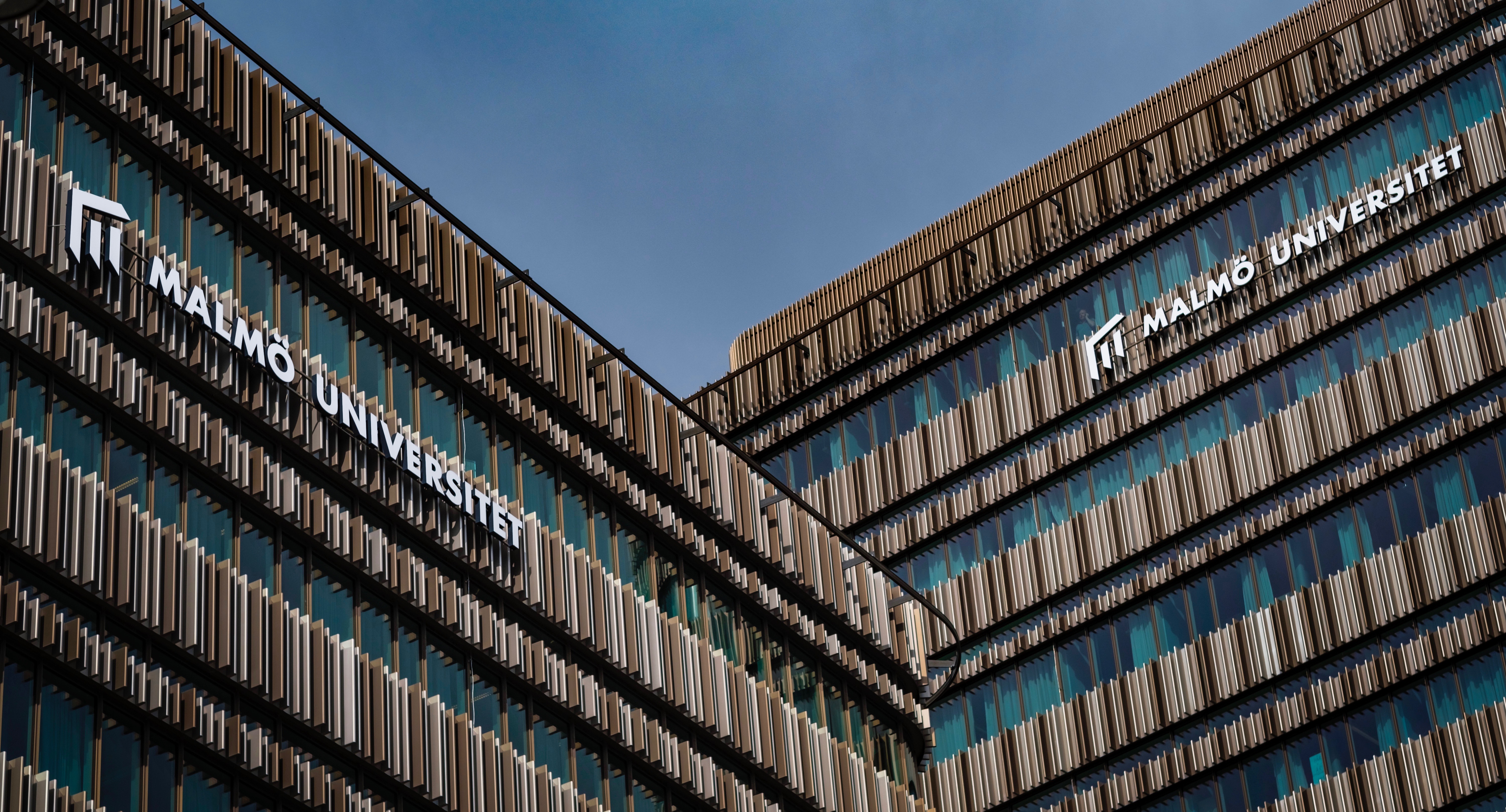 VISIT RUCARR IN THE NIAGARA BUILDING

Staff and exchanage PhD Candidates at a symposium in Copenhagen 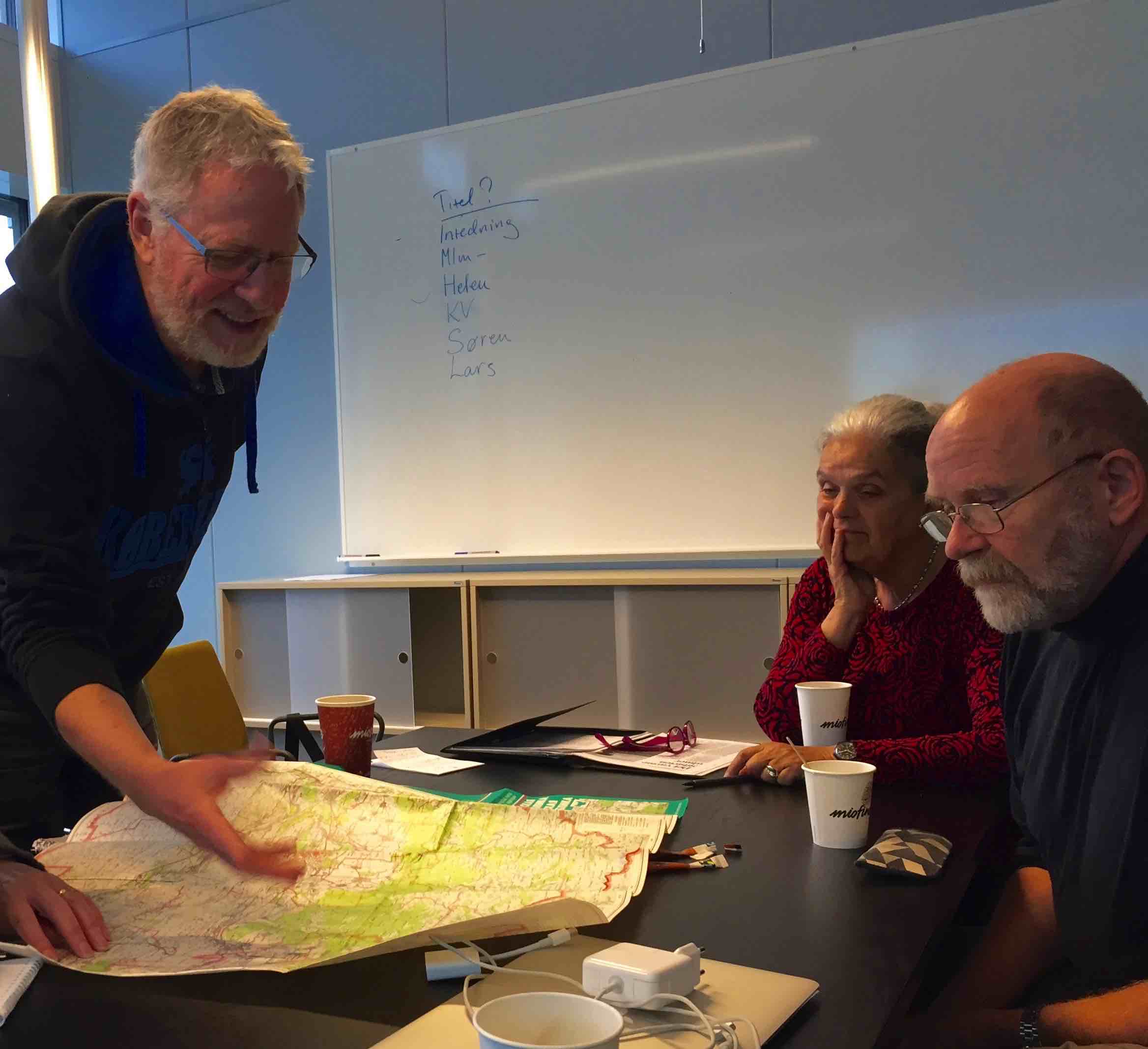 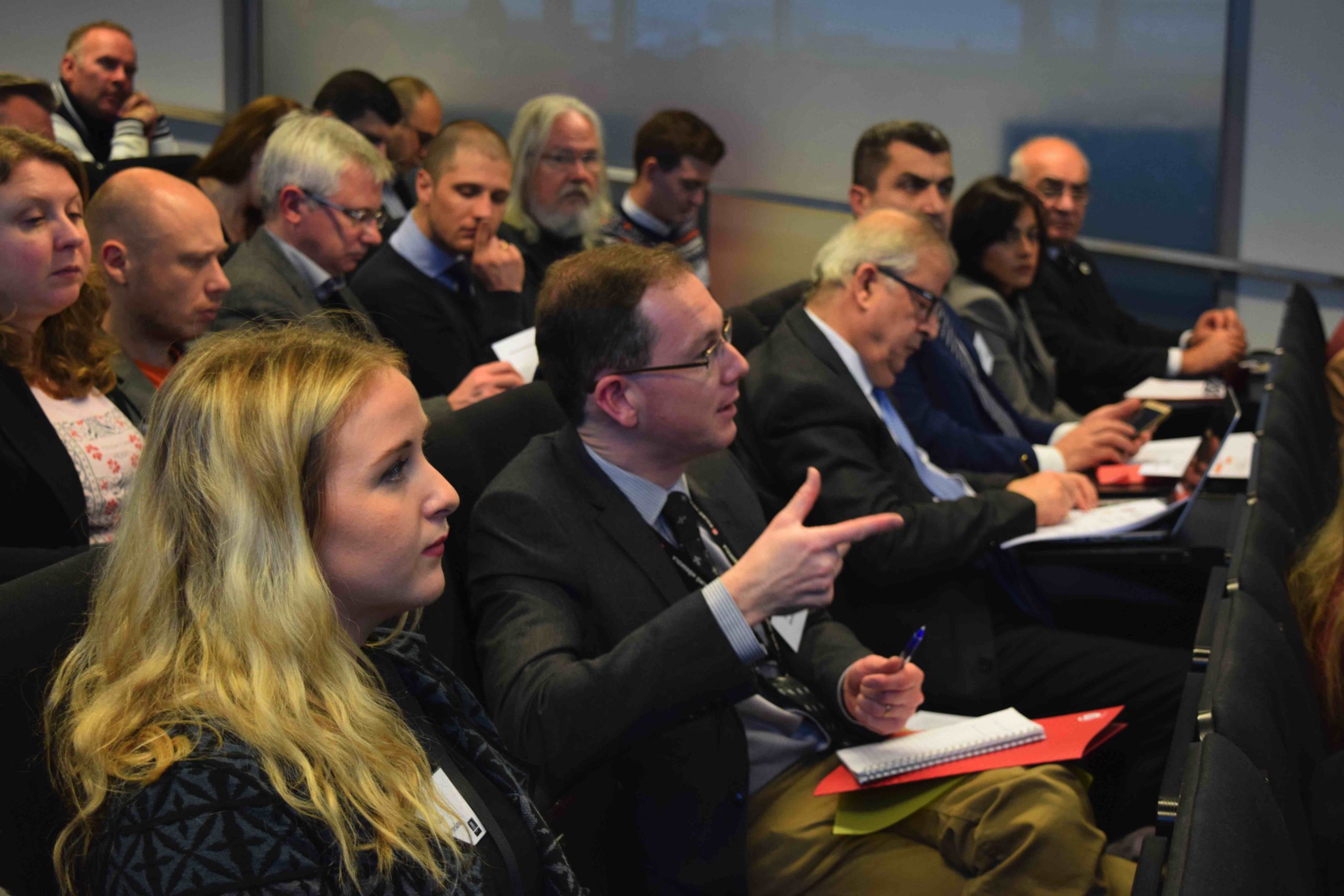 At the opening session on November 22, 2017, of the Second Annual RUCARR Conference
Read more » 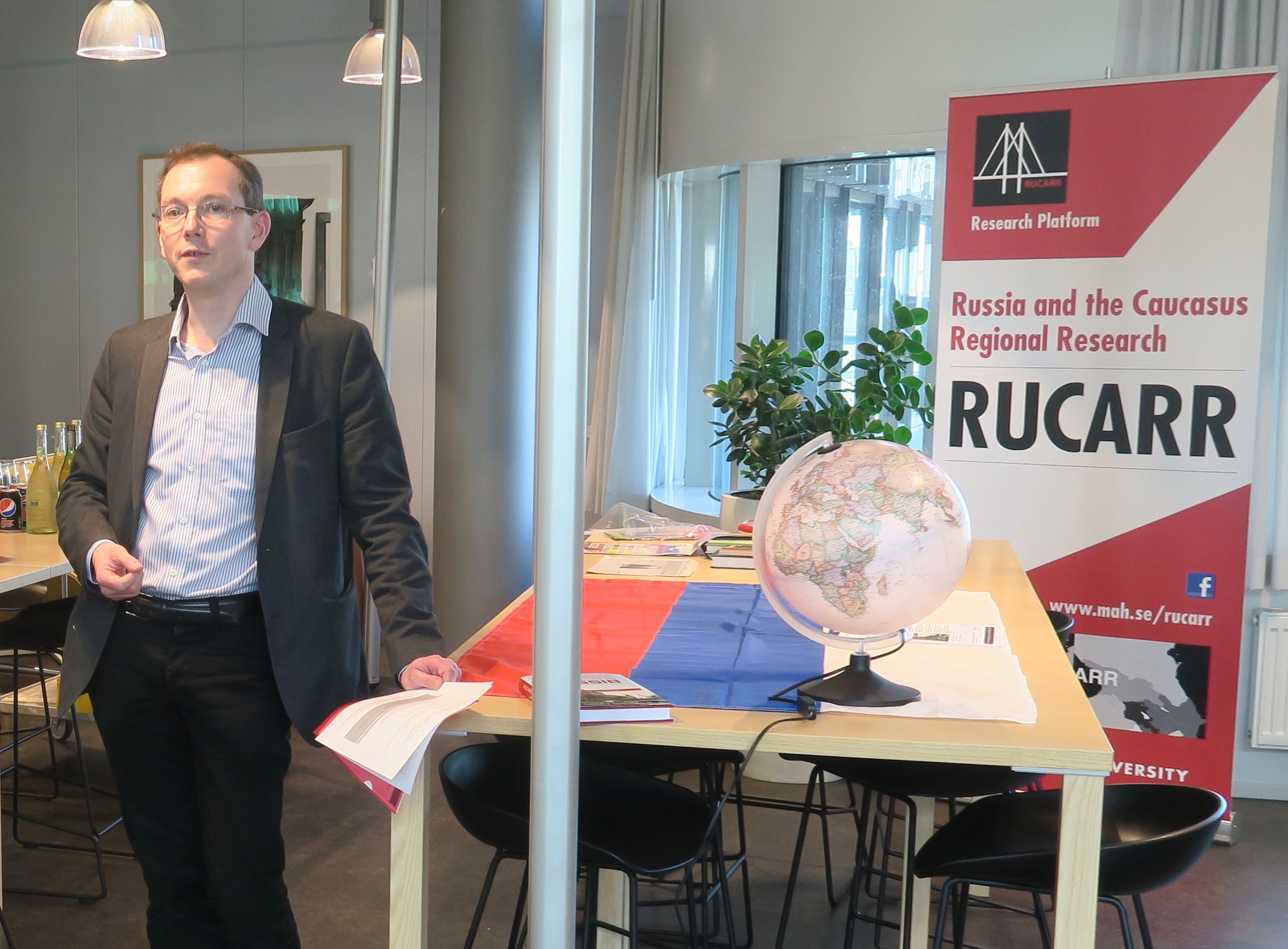 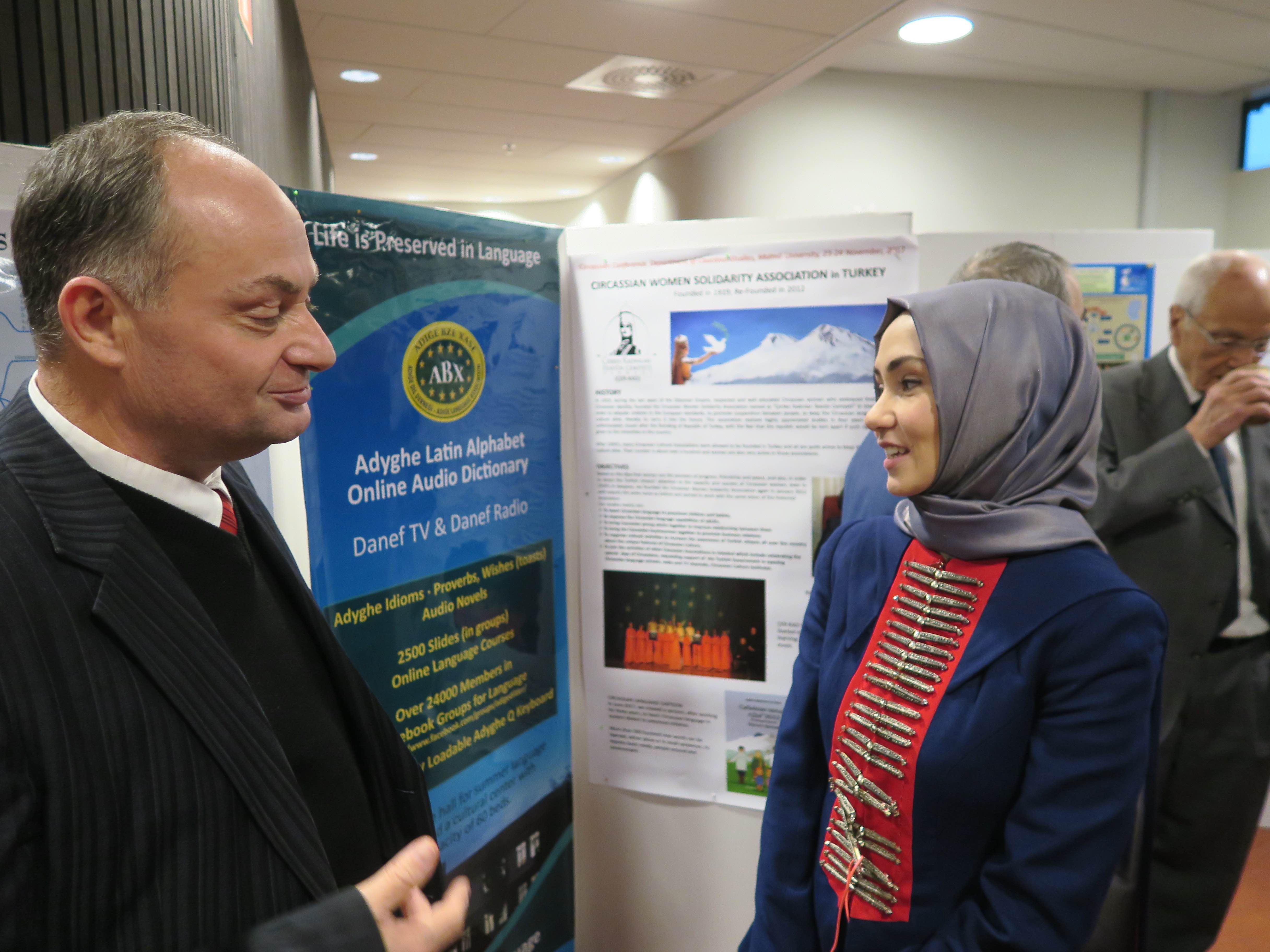 Poster presentations during the conference

The conference Circassians in the 21st century: Identity and Survival – in the homeland and diaspora was hosted by RUCARR and the Section for Caucasus Studies, November 23-24.
Read more » This article seeks to acquaint a broader set of researchers with communist state administration as a “family” or type (cf. Wollman, 2021). In focus are the core political-institutional features and administrative traditions of the communist state; the historical doctrines, terminology, and actual practices under communism. Administrative structures are described from a broad institutionalist perspective, guided by classic questions concerning principles of hierarchy, autonomy, and complexity, as well as historical praxis and norms, emergent standard operating procedures, and informal rules and relations.

Popular understanding often envisages communist-type administration as hierarchical commands from the top, which can be quietly resisted and circumvented by a purportedly nonpolitical bureaucracy and everyday life. In contrast, empirical studies of both historical communist regimes and 21st-century China draw up a picture of political control more as a tangled and overlapping grid, trellis, espalier, or net. Dr Rico Isaacs, Associate Professor in Politics, University of Lincoln:
Whose Culture War is it? The Istanbul Convention and the Politics of Gender, Tradition & Morality in Latvia

This paper explores the concept of culture wars through a thematic analysis of an on-going discussion of the ratification of the Istanbul Convention in Latvia. The analysis finds that the Latvian parliament’s struggle to ratify the Convention can be ultimately understood as a power struggle in which various political, religious and family-based interest groups are aiming to restore a self-perceived equilibrium within Latvian society In response to the perceived loss of male power, prestige and highly contestable notions of ‘traditional’ Latvian family values. The analysis eschews simple dichotomies that litter current conceptualisations of culture wars, recognising instead the fluid, dynamic and complex nature of Latvia’s culture war, and using Björn Kraus’ (2014) constructive theory of power the paper details how different sides within the debate are seeking to instruct or restrict the rights, resources, and values of others.
No comments

The new publication The Putin Predicament” by Prof. Bo Petersson has appeared. Congratulations! Celebration at the Department of Global Political Studies.

Using the Russian president’s major public addresses as the main source, Bo Petersson analyzes the legitimization strategies employed during Vladimir Putin’s third and fourth terms in office. The argument is that these strategies have rested on Putin’s highly personalized blend of strongman-image projection and presentation as the embodiment of Russia’s great power myth. Putin appears as the only credible guarantor against renewed weakness, political chaos, and interference from abroad—in particular from the US.

The Putin Predicament. Problems of Legitimacy and Succession in Russia Welcome to the RUCARR seminar with Prof. Vello Pettai, University of Tartu: Foresight Scenarios on Populism: Imagining Central and Eastern European Politics in 2030

Foresight research offers a range of techniques and perspectives in order to analyse political trends looking toward the future. This presentation will lay out a series of foresight scenarios about populist politics in Central and Eastern Europe that have been developed within the EU Horizon-2020 project “POPREBEL”. The scenarios are not meant as predictions, but rather as perspective-enhancing exercises about how different drivers might come together to create different outcomes by 2030. Participants will be asked to provide their analytical advice about how to improve the scenarios. Karina Vamling, Co-Director of RUCARR, gave a guest lecture in the series “Russian outside Russia” on June 23 2021, organised by the Slavisc Department of the University of Cologne (link). Topic of her talk: The Russian language in South Caucasus with special focus on Georgia.