Seminar with Prof. Timothy K. Blauvelt, May 17 – Clientelism and Nationality in an Early Soviet Fiefdom

Welcome to join us for the RUCARR seminar with Dr. Timothy K. Blauvelt, Professor of Soviet and Post-Soviet Studies at Ilia State University, Georgia, where he will present and discuss his new publication:

Clientelism and Nationality in an Early Soviet Fiefdom: The Trials of Nestor Lakoba 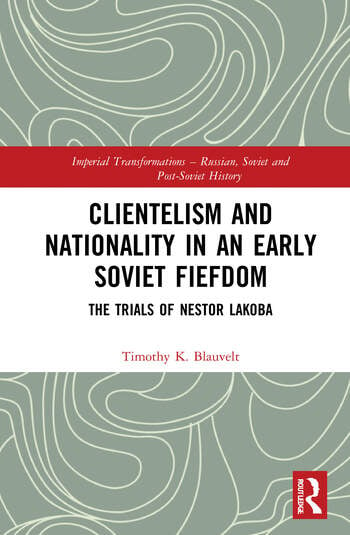 Based on extensive original research, this book tells the astonishing story of early Soviet Abkhazia and of its leader, the charismatic Bolshevik revolutionary Nestor Lakoba. A tiny republic on the Black Sea coast of the USSR, Abkhazia became a vacation retreat for Party leaders and a major producer of tobacco. Nestor Lakoba became the unquestioned boss of Abkhazia, constructing a powerful local ethnic “machine” that became an influential component of Soviet patronage politics, provoking along the way accusations of nepotism, corruption, blood feuds, embezzlement, racketeering, and extrajudicial murder on a scale that shocked even hardened Communist Party investigators. Lakoba and his group faced a series of trials, investigatory commissions, and tribunals over allegations of malfeasance, yet they were repeatedly able to convince their powerful patrons of their irreplaceability, until at last they were destroyed through a public show trial during the peak of the Stalinist Terror. Through the prism of tiny Abkhazia, this book provides invaluable insights into the nature of the early Soviet system and the governance of Soviet national republics.